Well, I love DCI Jane Tennison, but it’s really all one, right?

Yesterday I worked only in the morning, and then headed home thinking I would lounge around a bit, before giving my house a very much needed deep clean.

I put on the fire, wrapped myself in a blanket, and then turned on Netflix, eager to watch a movie, or a couple episodes of a TV show before getting out the rubber gloves.

What I really wanted to put on was “Call the Midwife” but seeing as though that’s the show that Marc and I are currently watching together, I felt bad about skipping ahead without him by my side.

Surfing through the selection, I came across Prime Suspect, and paused. 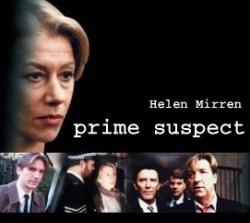 I’d been seeing this show pop up now and then in our recommended feed, and I thought it best to finally give it a try.

Boy am I glad that I ever did – it’s SUCH a fantastic show.

What’s even more incredible, is that despite the fact that it was filmed in 1991, it really doesn’t feel at all dated.

Sure the haircuts, and fashion styles may be a little Duran Duran, but the writing, acting, and direction is so great that one can’t really care about such trivial things.

DCI Tennison is such an epic badass, in all areas for sure, but especially in how she deals with the ingrained, institutionalized sexism of the Metropolitan Police Force.

What makes this show so special is that it offers zero apologies for Tennison and why she is the way she is. Nothing fazes her, and every time we think that she’s going to capitulate to the male hegemony of her work force, she totally bucks our expectations (and in the process, forces us to examine why we even have those expectations in the first place.)

This, in my opinion is one of the best, and most important aspects of the show.

Further, so many other shows about a “strong solo female detective” would have caved and would have included the requisite “tough lady finally breaks down and cries to show her real femininity” or some other inane and disappointing scene, but instead, through it all, despite her ups and downs, and trials both inside and outside of work, Tennison just powers right through.

Just watch any scene with her Director Superintendent where she literally plows right through him, finishing her sentences when he tries to interrupt her, or talks over him when he tries to bully her (despite him knowing full well that she is, in fact, in the right, and he, in the wrong.)

It’s is just so, so awesome.

I cannot wait to quit my life and just spend the next little while watching all the other seasons and TV movies that spun off from the original series’ run.

(I might only be a little bit joking here. If you haven’t heard from me in a week, phone the police. PHONE DCI TENNISON AND TELL HER I WANT TO BE HER FRIEND.)