So lately Marc and I have been watching a ton of World Cup soccer. This of course means that we’ve been hurtling back and forth from one crisis to the next, wrapped up as we are in the drama and beauty of this incredible sport.

(Seriously, I’m still not sure that I took a single breath during the last five minutes of the Belgium/USA game this afternoon. And I definitely didn’t sit down for the last ten.)

Because just when you think that a team has sealed the deal – KABLAM-O!

The soccer gods are right there to wipe any and all of your silly pre-conceived notions of victory straight from your mind.

(Or any silly, victory-assumed smiles straight from your face.)

Simple mortal! You thought it would be that easy? HAH!

But one of the great things about soccer (and there are many great things), is its constant inconsistency. The fact that you are never guaranteed a victory until those final three whistles is the very thing that makes it so thrilling.

And it often does.

I don’t know about you, but sometimes a little heart-pounding, “will they, won’t they?” action is just the thing one needs.

It adds a real spice to your otherwise vanilla afternoon.

The only real downside to this, is when a massive dump of paprika manifests itself in multiple late-in-injury-time Swiss crossbar deflections.

At that point I could really do with less drama and more equalizing goal scoring.

(And fully acquiesce to the fact that if there is anyone out there who really deserves to win a World Cup, it’s Lionel Messi. FO SHO.)

A few other notes about the beautiful game:

Watching athletes careen about a massive soccer field in the excruciating Brazilian heat immediately negates any excuse I might have for not strapping on my running shoes and heading outside.

I mean, these dudes are sweating. There is absolutely no reason that I cannot slip on a sweet pair of sunglasses and just go out and give ‘er.

That’s all I have to say about that.

(Oh, and I also like all of those blogs that just post pictures of the players hugging. Hugging each other.)

I nearly burst a blood vessel cheering for these fellas over Greece.

(Or Hellas, if you’re really into rhyme schemes.)

Sometimes, you just need to root for the underdog. Especially when said underdog played the majority of the game a man down and has a goalie who dances like he’s got a colony of ants down his trousers in an effort to confuse and intimidate his opponents come penalty shots.

Because that – that is just excellent.

Is a Digimon character.

They are awesome this year! What I wouldn’t give to get my hands on a Belgian-Swiss combo.

(If there are any enterprising and generous readers out there who may now be thinking “care-package”, I take a woman’s small. And thank you!)

I am also partial to how the fit of these shirts really highlights item #2 on this list. 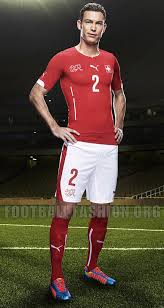 Okay, now that I have officially outed myself as a creeper McCreeperson, I am wont to bid you goodnight.

Are any of you World Cup mad? And who is your team of choice?

I’ll try my very best not to sit down with you for the next ninety minutes that they play.

But breathe – that I’ll have to do.