A couple nights ago, as I was getting ready for bed (WAY, WAY PAST MY PREFERRED BEDTIME), I turned to my husband and said:

“I have a really great idea for what we should do this weekend.”

He paused, mid-floss and said, “Let’s hear it.”

“NOTHING,” I said. “Let’s do absolutely nothing.”

He laughed, and agreed, saying that my plan sounded tip-top, lindy hop.

Now comes the rub: We have to actually STICK TO THIS AGREEMENT.

(As you might imagine, the two of us have a really, really hard time saying no.)

The one event standing in the way of an extreme rest extravaganza is my stand-up gig tonight downtown (off which I am of course incredibly excited about.)

However, if I don’t concentrate on getting a whack-ton of rest post-show, it’ll be bad times in the Maritimes. Sure, the old adage may be I’ll sleep when I’m dead, but I don’t want that to come true next Thursday at approximately five thirty in the evening.

Anywho, in the interim, let’s see what’s cooking in ye olde Cosmic Kitchen of life shall we?

We received this flyer in our mailbox earlier this week: 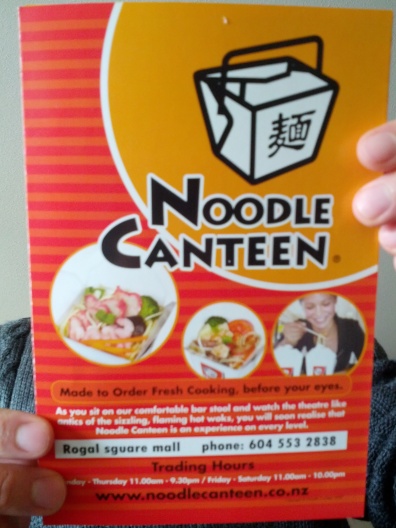 Suffice to say that it did a fantastic job of bringing forth all the laughs.

Also, it serves as an excellent example of why individuals should really monitor their use of Google Translation, particularly the importance of not using it for translations longer than one sentence. 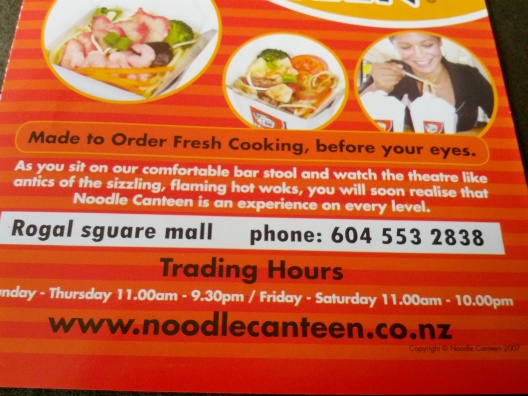 Although I do really like the idea of bringing back “trading hours.”

It makes me think that I’m living in the wild, wild west.

Or some turn of the century port town.

An assault on good taste.

I was grooving about the aisles of H&M the other day when I espied this mannequin:

I was with a friend who was trying on ACTUAL clothing (like, fit to be seen in daylight and everything) so I didn’t really think it would be appropriate if I took off in order to scrounge up all the makings of this offending outfit, just so I could take a photo of myself in the dressing room and then kill myself laughing at my reflection.

(This is also why it is important that I don’t spend more time alone during my lunch hours.)

But seriously – is this what the cool kids are wearing these days? I mean, I’m all for keeping an open mind (I like to think I’m mellowing in my old age) but this is rather crazy.

Do the kids who wear this dreck even know Johnny Depp pre-Pirates of the Caribbean? I mean, even I’m too young to know Crybaby.

Also, I’m worried that we just aren’t trying to do anything new fashion-wise anymore and that we are just going to recycle everything from the 20th century over and over again, until the day the sun supernovas, and the stars fade away.

So stop making me have all this silly anxiety fashion world! Hop to it with the creativity!

So I haven’t had many chances to curl up in front of the television of late, so unfortunately I have no tv or movie recommendations for you this Friday. Also, since we don’t have cable and netflix’s offerings have been total bollocks of late, I probably wouldn’t have anything even if I had tried.

On the other hand, I have been listening to some excellent tunes of late, courtesy of the ever fab Lumineers.

So check them out:

I hope you like them as much as I do.

There you have it, my fab chaps.

I hope that wherever you are, it is much dryer than we have it out West – that your days are filled with laughter and mirth, ridiculous take-out menus, and snappy, happy fashions.

You deserve it all, and more.