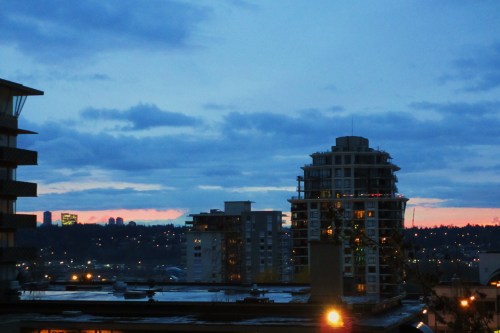 You know it’s going to be a good day when you wake up to this kind of magic.

Tonight M and I are going round two with our local movie theatre in an effort to finally see Skyfall. We went last week, but the film was already sold out.

My excitement is palpable (and growing!)

I keep hearing about this electric scene between Javier Bardem and Daniel Craig that makes my tummy feel all a-flutter.

In the mean time, Nymeria is cute-ing up the joint like nobody’s business. Last night she snuggled up next to my legs and slept on my feet, purring up a storm.

I managed to catch her with one of her mice friends:

This also gives my stomach butterflies (for monstrously different reasons, of course.)

In the meantime, fry-up time!

An apple a day.

Arriving home last night the only thing I wanted to do was make something that tasted of autumn deliciousness.

So I baked an apple-blueberry crisp. 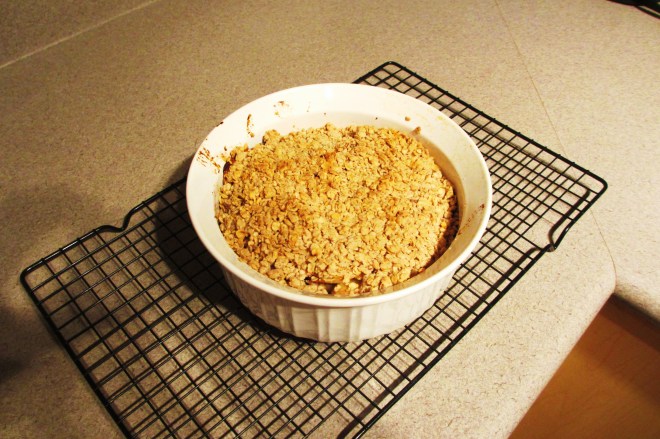 I have a few recipes committed to memory, and this one is so easy-peasy that I feel as though I could put it together with my eyes closed.

(What with how zonked I have been for the past couple of days – or, ahem, weeks – this a boon and a half.)

First, start with your ingredients: 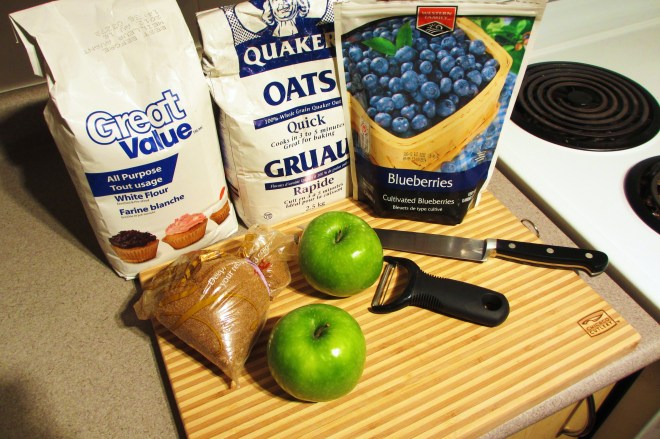 Then, don’t take any other photos of putting the crisp together, save this one: 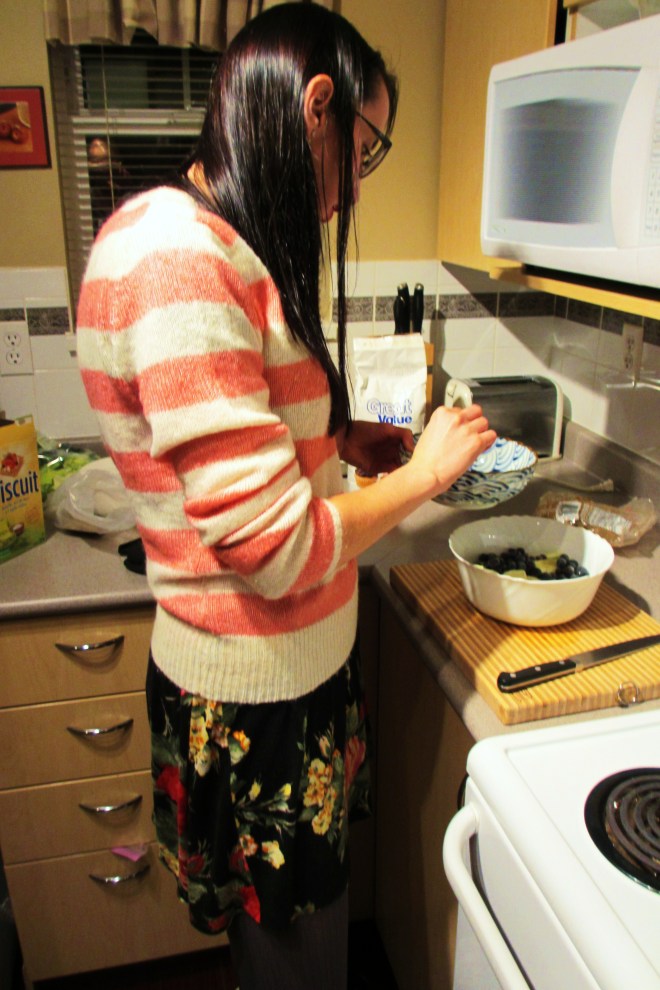 Eat the remainder of your triscuits. While the crisp is in the oven, go see your Little Sister, help her with her math homework, and make plans to take her to the Vancouver Christmas Market in December.

Upon your return home thank your husband for taking the dessert out of the oven. Then turn on the fire, curl up on the couch with your love, and dig in.

Also, a little vanilla ice cream never hurt anyone (or a crisp for that matter.) 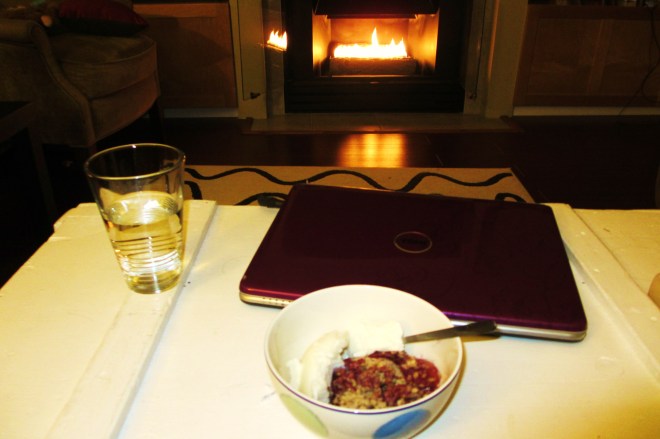 Being the good Canadian girl that I am, I pride myself on being a fan of the Tragically Hip.

Gord Downie and his posse make some darn fine music, and as such I was shocked to hear a song of theirs just the other day on CBC that I had never before heard.

I am currently doing the thing I always do when I crown a new favourite tune – listening to it over and over again until I cannot stomach hearing it again for at the very least the foreseeable future.

As of today, I am still very much in love with it and I implore you to take a moment and let this magic into your lives:

I’ve written before about Herzog and his films, and the other night M and I watched Happy People: A Year in the Taiga.

What a film maker.

I cannot say much besides I have no idea how this man has never before won an academy award.

He is a absolute master.

(Also, I really wish he narrated my dreams.)

Happy People is a documentary that looks at the life of the indigenous people of the village Bakhtia at the river Yenisei in the Siberian Taiga.

It is beautiful and smart and touching and inspiring. And it will really make you want to get a husky.

So that’s all she wrote you crazy cats.

Joyeux fin de semaine to you all!

12 thoughts on “Rooting around in my bag of tricks”