“And then it struck Oleg that Shulubin was not delirious, that he’d recognized him and was reminding him of their last conversation before the operation. He had said, “Sometimes I feel quite distinctly that what is inside me is not all of me. There’s something else, sublime, quite indestructible, some tiny fragment of this universal spirit. Don’t you feel that?”

I read the majority of this book last week as I lay on the blindingly hot sands of Oahu’s Waikiki beach.

I feel almost ill at ease admitting this fact. As if my enjoyment of the book should be muted, having loved it in a land so starkly foreign from the places birthed in its pages.

But like so many great works, all it did was awake a thirst.

To need, and be needed.

To kiss that sublime.

In Act Two Scene Seven of Shakespeare’s As You Like It, the melancholy Jacques begins his monologue with the line: “All the World’s a Stage.”

To this day, this is one of old Willy’s most famous and oft quoted lines and, of course, like so many of Shakespeare’s brilliant quotes, has become interwoven into our everyday parlance and vernacular.

Aside from humanity’s daily play-acting and always-dramatic machinations (think of how your “work” self might differ from say, your ‘home” self, as well as the ever-degenerating circus we like to call International Politics) there are many people for whom the world IS a stage, both personally and professionally.

I am of course speaking of thespians, or actors, or dramatists, or however else we (or they) would like to be classified.

Through this proclamation – that all the world is a stage – they actually make us forget this (easily parodied but always present) reality.

This is one hell of a paradox, but is ultimately the magic of great theater (or cinema, or whatever other artistic medium a performance might take.)

Brilliant actors have the power to transform – not only as individuals on stage in character, but transform all of us who sit watching, entranced.

When I was in grade twelve I went to a production of the Daniel McIvor’s Marion Bridge.

For three hours I sat barely breathing, enraptured by three women who commanded the stage with such understated and yet overwhelming brilliance.

The play is about three Nova Scotian sisters – a nun, an actress, and a truck driver – who are all coming to grips with the sickness, and eventual death of their mother.

It is an uproariously hilarious and deeply devastating work of art.

Driving home with my then-boyfriend after the final curtain call I cried harder than I can ever remember crying up until that point in my life.

It was as I had stumbled upon and then cracked open a long-forgotten and deeply hidden store of unrelenting sadness.

When I think about that drive, all I can remember is the taste of my fat, hot tears, and the sensation of my deflated body wracked by a heart-shattered palsy.

My poor boyfriend just kept looking over at me and asking, “Are you alright?”

And while all of my answers were just different iterations of blubbered wails, all I really want to tell him was that I couldn’t be more right.

I was all right.

Of late, I’ve been moving. Gifted with an abundance of extra energy, I feel like an ever re-generating battery, charging about in search of my lost bunny ears.

This dynamism has manifested itself in early morning pre-work runs, and late-evening workouts (as I watch old episodes of QI on Netflix.)

Yesterday morning I ran the farthest I’ve ever ran in one outing – twenty-three kilometers. I recently signed-up for my first full marathon (Boundary Bay on November 2nd) so I figured it’s time to stop faffing around and get serious.

I even fell at 12.5km, but picked myself up and carried on my way.

I want some serious mileage under my belt by the time that starting gun is fired.

(Because I secretly, though not-so-secretly, really, really want to quality for Boston at this race.)

However all of this activity can make it hard to find the quiet moments.

So I’ve been using these long training sessions to work on my ability to just “be” with myself.

I’ve been really trying to focus on this whole mindfulness thing.

I’m trying to be fully engaged – both mentally and physically. (Much like the aforementioned Jacques, only my wealth of optimism stands much less depleted.)

I’m trying to really feel everything.

Dance parties ALL OF THE TIME.

So there’s this scene in Little Women, when all four sisters are lying in bed together. It’s just after Amy has fallen through the frozen pond while ice skating (arguably almost dying, had it not been for the speedy response of Jo and Laurie), and she is apologizing to Jo for being just THE WORST© (seriously, Amy March has always been my least favourite March sister and I won’t even get into the fact that she is the one that ended up with Laurie, because WHAT THE EFF right?) because she had burned her sister’s book in anger over the fact that she was too young to attend the opera with her and Meg.

Too convoluted an opener? Then you must, MUST read the book!

Or at the very least watch the movie version with Winona Ryder and Susan Sarandon. It is really bloody great.

Anyways, Amy then asks her sister, “Do you love Laurie more than you love me?” and Jo responds aghast, “I could never love anyone as I love my sisters!”

MEEP. My heart hurts just thinking about this phrase.

You see, that folks – THAT is exactly how I feel about these gals:

My sisters are two of the most important people in my entire life, and it absolutely slays me that they live so gosh-darned far away, as this means that the majority of the time I see them is when they are looking back at me through their respective computer screens.

It also means that usually one (or both) of us is lying in bed, completely knackered after a day of racing about our respective cities, desperately trying to stay awake and concentrate on what the other one is saying.

When all I really want to be doing is sitting on a sofa with both them, drinking a glass of wine, and laughing about all the ridiculous things we do in our lives, whether together or separate.

For instance, always thinking we can recreate that scene from Little Women and sleep in the same bed together (often on Christmas eve), only to just destroy ourselves in the process of trying.

And in only one week’s time, this will be a reality!

(Hopefully sans shared bed, of course. Seriously, I also end up stuck in the middle.)

I am especially excited because this Sunday I am headlining my very first comedy night, and Kate (my older sister) and her wife will be here to see it.

I have fifteen minutes to bring all the laughs that I possibly can.

Elsewhere on the docket, they are currently filming Supernatural pretty much right in my backyard:

I used to get super jazzed about television and movie filming in my city, (Kate and I actually used to steal those arrow film signs you see littered about Vancouver and we’d use them to decorate our respective bedrooms. And by we, I mean she did it first, and I, as the younger sister, copied her lead) but now I’m pretty blasé about the whole thing.

It has to be a show I really, really love for me to get all shirty over something like that. (However, I’m pretty sure I would live in a perpetual state of bonkerness if Marc and I were ever to move back to the UK and put down roots in London because I would just constantly be on the lookout for all my favourite panel show comedians. Good grief.)

Oh, a this also happened: 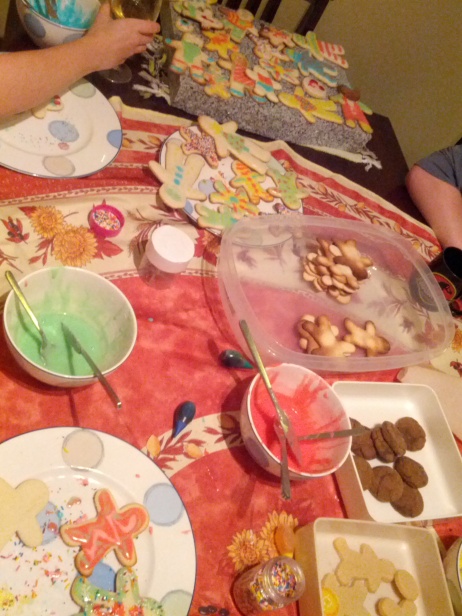 And finally, in but three days I will be on vacation until the 6th of January.

During that time I will be doing nothing save running, eating, laughing, writing, reading, sleeping, and spending all of the time with all the beautiful, magical, brilliant loves of my life.

I so very much hope that all of you will be doing much of the same.

Parting is such sweet sorrow;

That I shall say good night

Till it be morrow.

I am knackered, and as much as I want to writewritewrite, I just don’t have any energy to put together something grand.

Alas, thus goes everyone to the world but I, and I am sunburnt.

I do, however, have one thing to say.

I have written in the past about the amount of time I have spent in the United States, and how these trips have been for a myriad of reasons – be it sports, school, pleasure, or what have you.

I got engaged in Hawaii. 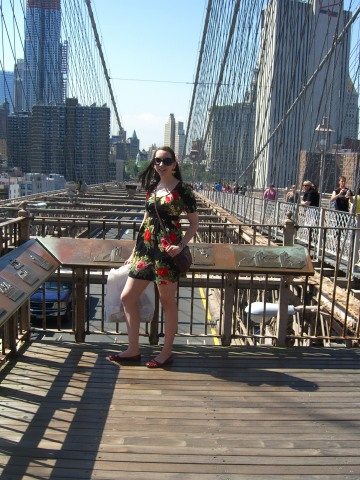 My dad lives in Palm Dessert six months of the year.

Seattle always feels a little bit like my home away from home. (A city from another missy?)

In short, I have never had a bad experience in any of the places I have visited.

So while I have no qualms at all about the outcome of last night’s election, (I am in fact elated) I would also be lying if I said that I didn’t find the political and ideological divide that currently exists in America to be incredibly disconcerting.

Versipellusfenris over at Unnecessary Words wrote a great op-ed today, reflecting on this (growing) disconnect and the future (but also the past) of the Republican Party. I urge you to read it, as it is excellent food for thought.

In this vein, I want to leave you all with this quote from Jack Layton, the late leader of the Federal New Democratic Party (and official leader of the opposition) here in Canada.

I feel as though his words are very fitting for not only Americans, but indeed all those struggling to find common ground in our world today. 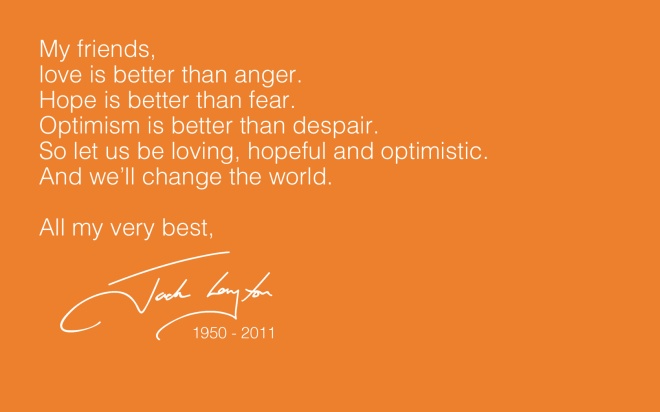 So how about it?