Today I am wearing a pretty dress.

Today I feel as though I will take over the world.

Clocking in at approximately 6’2” or 188 cm, I am either an Amazon warrior or Godzilla.

Let’s get this Friday Fry-Up on the road.

For his most recently passed birthday, M’s sister V gifted him with two tickets to Bard on the Beach’s production of The Merry Wives of Windsor. As such, tonight we will be off to Vanier Park to have our funny bones tickled by ye old Willy Shakes and his most prodigious wit.

Before the show, we will picnic on fresh salmon, green beans, and fragrant basmati rice, and watch the sun sink below the blue-capped mountains.

I’ve never before seen a production of this play, so I am quite interested to see how this adaptation will unfold.

I’m also curious as to what direction they will take with Falstaff – whether they will go full-buffoon, or instead, present a more textured (but not necessarily measured) interpretation of his character.

When it comes to the bard, and I am pretty darn open minded.

Just as long as it’s not this:

Crawling into freshly laundered sheets, exhausted from a sun-drenched day.

The crackle and crunch of just-baked pumpkin seeds.

Nymeria’s paws, running the length of my back.

Carrot sticks and cherry tomatoes – a throw-back to my childhood that lovingly endures. 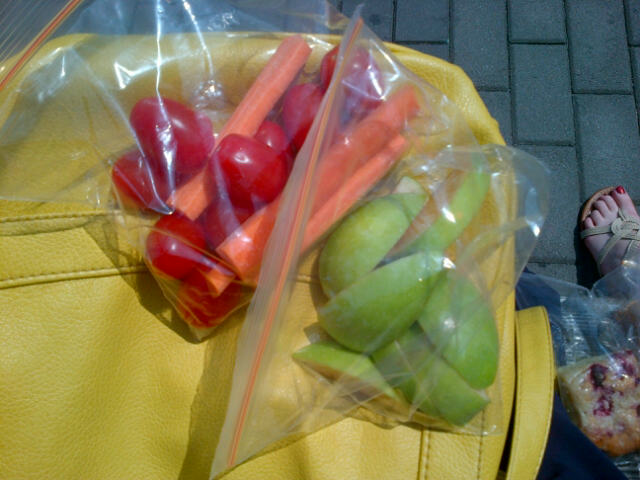 And another? Molasses cookies, this time dipped in chocolate – an updated twist on a family classic.

Stumbling across my 18-year old self in prose form.

Oh, to once again think that I am, like, THE WITTIEST PERSON EVER OMG.

Kevin stared at his shoes.  They weren’t they way he remembered them at all.  How utterly strange, (he thought), as his cat just stared and stared.  The orange sunlight fell across his nose and warmed his sinuses, dissipating the symptoms of his hay fever.   He checked his watch for the final time and decided foreign shoes or no, he had to leave.

“Open sesame!” said Kevin, and he watched a miniature tortoise on roller skates open the window to his right, leading straight into the front yard rhododendron plant.  Kevin decided that once he found out who had taken his regular shoes, he would try to get more sleep.

Reaching into his pocket, Kevin found the number of a beautiful girl he had met two days prior while sipping his Smirnoff Ice at (what he considered) the most underrated club in town.

Now, Trish (the owner of said phone number) was suffering a quandary of her own.  Trapped in a crippling intellectual, emotional and creative stagnation, she found herself easily moved to tears while watching a re-run of an old Arnold Schwarzenegger movie.

Further, her refusal to shave her legs – a move done in solidarity with the Montreal Canadian’s run to the Stanley cup finals – was getting her into trouble with her manager.  Evidently it was written somewhere in the restaurant’s by-laws that all waitresses must be 1) hot and 2) have shaved legs.

Finally, her roommate keep pouring salt onto her blistered ankles and it had become painfully obvious that she (the roommate) also had a penchant for hoarding the teaspoons in her top dresser drawer along with her collection of leather thongs.

Trish decided that as soon as she found another job, she would try to get a new roommate.

Meanwhile, Kevin tried to work up the courage to phone Trish.

At this exact moment Trish’s short term memory kicked in.  The boy she’d met dancing the other night!  Also the asparagus that had been sitting in the microwave since yesterday at approximately four p.m. was most likely soggy and cold.  She ate the wilted greens by the phone.

It remained silent, despite the fact that Kevin phoned nine times during the course of her meal, having mastered the skill of having up pre-ring by the middle of ninth grade.  (Carly McDonald never knew any of this. She was now married with two children, an international bridge champion and fucking the swimming instructor).

Kevin grew frustrated with his lack lustre efforts, took a shower, shaved his armpits and went to bed.  He dreamt of Trish, laying next to her face and she told him, “All I wanted to do was feed the ducks.  You asshole!”

Kevin got up and drank some water.  He didn’t dream the rest of the night.

Trish passed out due the toxicity of her nail polish fumes.

Three days later Kevin was arguing with the grocer over the rotten rutabagas purchased a day and a half prior to said confrontation.  Trish was inside stocking up on strawberry flavoured Pocky.

Too lost in their own worlds, our hero and heroine were clueless to their closeness.  Their hands brushed at the apple stand and when he looked up, Trish kneed in the junk and told him, “You have a nice crotch.”

Good grief. Teenage self – what WERE you thinking? (I am sure I cannot be the only one who asks themselves this question?)

Actually, scratch that, I know exactly what I was thinking. Something along the lines of “ZOMG. I am sooooo irreverent and interesting and intelligent! Move over Salinger, your reign is OVER!”

Oh lawdy, I will be laughing about this for days…

A very merry weekend to you all!