I am beginning to think that we will henceforth refer to time as “BTR” and “ATR” (Before the Rain/After the Rain), what with how hard it has been storming for the past few days.

There really is something to be said for a warm, dry autumn season.

I am looking at retiring to Portugal ASAP.

In the interim, here is a story:

There once was a girl who absolutely adored her to-do lists.

She made them each and every day.

At her job and at her home; for her work and for her play.

There wasn’t anything that she did – be it cleaning, writing, running, or shopping –  that she didn’t enjoy ten-times more when it was written down in pen, and then crossed out with that same pen after it was complete.

Sometimes on a Friday night, her and her Swiss-Indian life-mate would sit down and think of all the magical and mayhem-inspired things they wanted to achieve over the next few days.

Their excited and over-confident scribbling often took the shape of something like this:

Nothing was ever left off of the list. Even if they thought the task too daunting – it was added along with the rest of the items, and treated with the same respect as any old regular, mundane activity.

One weekend, it just so happened to be that both the girl and her Swiss-Indian life-mate managed to accomplish the majority of things on their to-do list, despite the fact that it was very long, and very involved.

They did crazy things like jack up the floor joists under the extension of their one hundred and seven year old house, and bake two dozen pumpkin chocolate chip muffins and four dozen Halloween sugar cookies.

(The girl did concede, however, that she desperately needed to purchase some new cookie cutters, as dogs and hands – HANDS! – don’t make for the best scary pastry cut-outs.)

She ran 14 kilometers on Saturday and 7.5 kilometers on Sunday, and he mowed the lawn (front and back!) and together they cleaned out their fridge and tidied the house (which included four loads of laundry, folded and put away.)

It was an incredibly productive time – and one that also included an inordinate amount of laughter and friendly ribbing.

Because according to both of these characters, there really is nothing like spending a couple of hours scuttling about the underside of a house to bring a couple together.

The girl felt so happy to have been able to spend this time with her Swiss-Indian life-mate.

Especially on a late-afternoon Sunday walk, in the beautiful soul-warming sun. 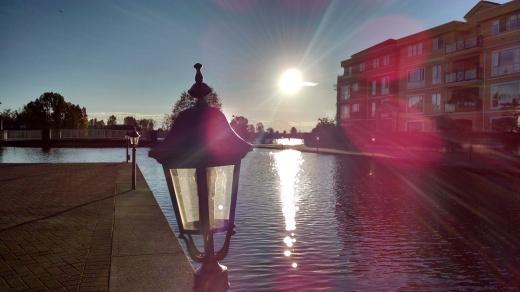